The process of divorce can be a tough one. The process is made even worse when those being divorced have to place blame and find fault for who/what caused the divorce. Florida’s “no fault” divorce policy eliminates this part of the divorce process. 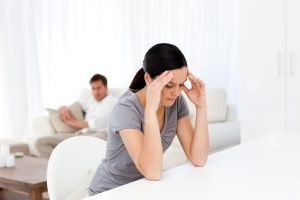 In the state of Florida, the courts process divorces as “no fault divorces.” This means that there is no pressure on the court to find who is at fault for the divorce. This also means that to initially file divorce, the spouses need no other proof than to just show the marriage is broken beyond repair. Then, the couple needs to simply show they are legally married and have lived in Florida for at least 6 months before filing.

Because it is a no fault divorce state, Florida divides assets between those filing divorce equitably. In the average case, the marital assets are divided evenly. However, in some cases, the judge may take into account any infidelity or wasting of marital assets when ruling on who walks away with what. If infidelity is a factor, it may play into the ruling because the judge might look at it as a flaw in moral fitness, and a waste of marital assets if the unfaithful spouse was spending marital money on their outside relationship.

In short, a “no-fault” divorce eliminates the need for a judge to rule in favor of one spouse. The marriage is assumed to have ended due to being “irretrievably broken.” If you find yourself needing to file for divorce and you feel your case may need some attorney assistance, give us a call today.