It’s not uncommon for a divorce to be messy when it comes to disagreements about alimony, child custody and child support. The Florida Legislature has been working on divorce law reforms in hopes of making divorce more fair and less difficult on families. Changes to alimony and custody are framing the way to a fair divorce.

The House and The Senate have new reform bills that they hope will make divorce in Florida fairer on both parties involved. The outcome these bills hope to make is changing the assumptions that in divorce, alimony is forever and that one parent should be favored in a custody agreement. 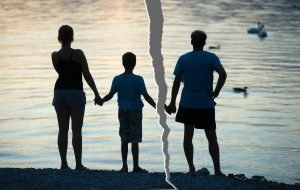 In the current 35-year-old alimony law, judges presented with similar cases and facts have been able to order the spouses to pay wildly different amounts in alimony. There has been no strict formula they have been required to stick to.

The Senate Bill 250 would require judges to presume that 50-50 custody of the children involved in the divorce is in their best interest. Judges can still consider multiple factors when deciding whether parents should share equal custody, including each parent’s “abilities,” the difficulty if the parents live far apart and the preference of the child.

This new legislation would not affect divorce settlements that have already been approved by the court. It just aims to make divorce a fairer process and hopefully eliminate the stigma of winners and losers in a divorce.