Every year, thousands of people change their names, both first and last, and middle. Its safe to say that the vast majority of these name changes are as a result of marriage—or divorce.

Why File For a Name Change? 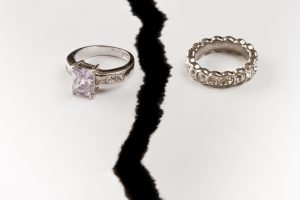 –Name changes after marriage, divorce, annulment. As mentioned previously, marriage and divorce (and annulment) are the most common reasons to change a name. A husband and wife may determine how they want to handle the two surnames, often taking the man’s last name, but increasingly taking the woman’s surname or creating a hybrid of the two. In states where same sex marriage is legal, the partners have an equivalent choice of how to manage the surname of the newly married couple.

–Name changes for unmarried couples. A couple DOES NOT need to be married to share the same surname. This has been a common choice of same sex couples, demonstrating their commitment to one another even if the pair are not legally married.

–Children’s names. It is convenient for the parent with sole (or majority) custody to share the last name with the parent. Its more comfortable for school-aged children to share their surname with their parent, and can also save the parent some hoop-jumping to prove the parentage of the child. With the same last name, its more obvious. Adult Children of divorce (or marriage) may choose the name of their preference.

–Immigrant Names. A common practice in the earlier history of United States immigration was to “Americanize” ethnic sound surnames to help the person assimilate easier. Today, as more and more Americans take an interest in genealogy and ancestry, oftentimes families want to take the family name from the old country back. Freshly immigrated immigrants also can still choose to “Americanize” their names as well.

–Lifestyle Decision. Often associated with transgender people, but not necessarily restricted to that group. A person may have been named William but if they feel like a Paul or a Paula on the inside, they are not obligated to retain their birth name.

How to Change Your Name

For certain specific circumstances, such as adoption, marriage or divorce, a name change can be rolled into the overall legal proceedings very simply. Name changes that are not part of a larger legal proceeding generally will have different procedure based on your state.