Domestic violence in Florida is defined as assault, battery, sexual abuse, stalking, kidnapping, or any other criminal offense by one household or family member to another that causes injury or death. While judges make custody decisions with the presumption that both parents should share custody, they will make other arrangements if that is not in the best interest of the child.

The impact of domestic violence on child custody decisions 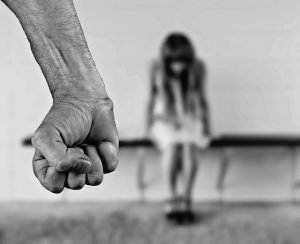 If one of the parents have been convicted of a misdemeanor domestic violence charge or worse, the courts presume that it would be detrimental to the child to give that parent custody. The judge will consider evidence or domestic violence or child abuse even if there is no conviction. In every child custody case, the parents must tell the judge about any domestic violence, injunctions or termination of parental rights with other children. If the parent has been convicted of any kind of abuse or kidnapping in any state, the judge will likely decide that that parent should not have parental rights.

In these cases, the court will determine whether the parent should have any contact with the child. The judge must be convinced that the child is safe before allowing any kind of visitation.

Domestic violence may lead judges to assign a trained supervisor to oversee all visitations between the parent and the child. Florida courts work with visitation programs and handle all of the visits between parents and children. The judge may also order that the abusive parent pay for all expenses of the supervised visitation.

When parenting rights can be terminated

It is very rare that a judge would completely terminate a parent’s visitation rights, as this is usually not in the best interest of the child. There several circumstance in which might lead a judge to make this ruling:

Of course the court will also consider the child’s age, relationship with the parent and any other relevant factors.