What are International Child Custody Laws? 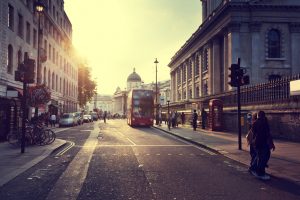 Child custody is probably the biggest concerns when it comes to international family law, especially in cases involving removing a child from their country of residence in a custody dispute. Fortunately, the U.S. and several foreign countries are involved in the Hague Convention on Child Abduction, an international treaty that promotes cooperation between nations for the safe return of children to their home countries.

When going through an international divorce it is paramount to hire an attorney who is well-versed in the Hague Convention on Child Abduction.

Do Pre­Nuptial Agreements Hold Up Overseas?

In most cases, yes, your prenuptial agreement will hold up in an international court. However,
the validity and weight of a prenup will vary from country to country. It is recommended that you
seek legal advice from within the foreign country where you hope to process the divorce. Your
attorney will be able to clarify the impact of the agreement in their country.

Will a Foreign Court Recognize my Divorce?

Again, the answer is most certainly yes. Regardless of where your marriage was solidified a
foreign country can still grant you a divorce through comity. Comity is where the courts of one
country will respect and enforce another country’s laws and judicial decisions.

Conversely, in most U.S. states, the courts will enforce a divorce only if both spouses have
received adequate notice of the divorce proceedings. This typically means that one spouse was
living in the foreign country at the time of the divorce and the spouse living stateside was
formally served divorce papers.

Foreign divorce proceedings can be complex matters and it is important that you reach out to an
attorney who specializes in such cases.