It is legally required for all divorcing couples to openly and honestly disclose all assets including income, debt and expenses. Despite this clearly stated rule, many spouses are still tempted to, 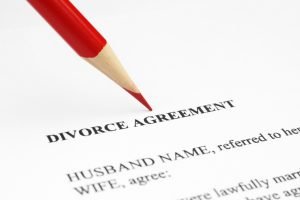 The spouse hiding his or her assets is hoping to keep more marital property while preventing their spouse from getting a fair settlement. This strategy is often obviously transparent to the opposing counsel and judges. The problem is so pervasive that the National Endowment of Financial Education conducted a study finding that 31 percent of US adults who combined assets with a spouse were found to be deceptive. The study also found that,

At the end of the day, if you are considering hiding assets in a divorce you should know that lying during a divorce is not only uncouth it is also highly illegal. Spouses are required to sign financial affidavits which state that, under penalty of perjury, the spouse telling the truth about his or her finances.

Consequence of Hiding Assets in Divorce

If you are caught hiding assets during divorce proceedings you can face serious penalties. Consequences vary from state to state but in general the court has put harsh penalties in place to discourage dishonesty. For example. if a spouse knowingly violates asset disclosure laws the judge could order him or her to pay their spouse’s attorney fees and additional fines. In most serious cases the violating spouse could face jail time.
Perhaps the most infamous case in which a spouse failed to disclose income occurred in 1999. A Los Angeles woman failed to report her $1.3 million lottery winnings just 11 days before she filed for divorce. The woman was then ordered to pay all of her winnings to her divorcing husband. Ouch!

That’s why we always say, honesty is the best policy… even when going through a divorce.